You can’t feel confident that you’re choosing the right candidate for a job when you have to base your decision on an hour-long interview.

It’s even more difficult when the position you’re trying to fill is a leadership role.

In an ideal world, you would observe how each applicant operates in the workplace before making any decisions.

Unfortunately most of us don’t have that luxury, so we need to make the most out of the time we have with our candidates.

I believe that an applicant’s resume and cover letter should give you all the information you need to know about their qualifications and credentials.

There’s no need to waste the valuable time you have with them on answers straight out of a textbook or from their employment history.

Instead, try behavioral interview questions. These will give greater insight into your potential employee’s approach to work and how they are likely to deal with the situations this job presents them with.

1. What is the best experience you’ve had as part of a team?

This is a great way to start off an interview. It eases the candidate into discussing their experience and starts the interview off on a positive note.

But it serves an important purpose as well, giving you a sense of the applicant’s philosophy and what they value in a team. You’ll immediately know if they’re on the same page as your organization.

Obviously if the example they give is similar to what the situation would be at your own company, that’s a good sign. Also keep an ear out for mentions of a good team environment, meeting objectives, and producing an end product they’re proud of.

If they talk about a situation where they didn’t play a large role, the project was a failure, or they were the sole member of the team, those could be warning signs–you are hiring them to be a leader after all.

2. As a project manager, what do you see as your role in the company?

This is the closest I’d come to asking a question that could be answered straight out of a textbook.

While every book on project management includes a definition of the term, those definitions differ wildly from book to book.

If their idea of what a project manager does is different from what you have in mind, that’s something you’ll need to negotiate.

To see that they’re willing to go above and beyond in order to produce a quality product.

If they say their main job is sending emails or creating schedules, then they probably won’t be very engaged with their projects and might not take initiative to get things done.

3. Tell us about one project you’ve worked on that you’re particularly proud of. What makes that project stand out from the rest?

Not only does this question give you an idea about how your applicant works, it should also show you what their values are.

Are they proud of the project they thought turned out the best?

Do they look back fondly on one where everything went wrong but their team still managed to come together and complete it?

Maybe they prefer a time when they were able to flex their creativity more than usual. This helps you know what sort of positions to put them in to allow them to thrive.

Pay attention to what type of project it was, rolling out an advertising campaign, designing an app. It’s definitely a plus if that’s the type of project they’ll be helming for you. You’re also hoping they find challenging projects fulfilling.

If the project they’re so proud of doesn’t seem all that special to you then maybe they don’t have high enough standards to work for you.

4. What is the most valuable lesson you’ve learned about project management in a previous job?

It’s important for project managers to continually be learning on the job. No two projects are the same, so there should be something new to take away from each one.

A lesson linked to a specific situation, showing that they learned from the projects they worked on and used that learning later on.

Vague or abstract lessons they got from the Internet.

5. Has there been a time when you’ve had to deal with a serious conflict within a team or as part of completing a project? How did you handle the situation?

Mediating conflict has always been part of project management and no matter how far our technology develops. In thousands of years, project managers will be settling arguments between robots.

If they can turn a conflict into a win-win outcome then they’re the sort of person that everyone will enjoy working with.

Candidates that didn’t address the conflict immediately. Examples that left one side of the conflict still displeased with the situation.

6. Can you give us an example of a time you successfully managed up?

Project managers aren’t just responsible for managing their team members. They also need to be able to communicate with clients and upper management to negotiate timelines and manage expectations.

You want someone who develops strong relationships with their superiors.

If you wouldn’t appreciate being approached the way they describe in their example, do you really want to be dealing with them on a regular basis?

7. Has there been a time when one of your projects was way behind schedule? How did you manage to get it completed on time?

Another thing we rely on project managers to do is manage time. It’s their responsibility to keep projects on schedule and their team members on task.

You’ve got to hope they were creative and found a solution that not only got the project in on time, but also maintained the level of quality, and didn’t put undue pressure on their team members. Basically, sacrificing as little as possible to speed up the process.

Consider how the project got behind schedule in the first place. If the problem is their own fault then they don’t get as much credit for solving it. And if their solution had a negative effect on the quality of the project, then you might question their priorities.

8. Can you tell us about a time when you made the wrong decision on a project, what the consequences were, and how you corrected it?

It’s always a plus if someone understands the consequences of their actions. It shows that they’ll take their job seriously and do their best to minimize risks.

Use your judgement to weigh their decision. If you can see them making similar mistakes in the future and it’s the sort of thing you can’t afford to happen regularly then they’re not the right fit for you.

9. Have you ever had to confront an ethical dilemma in the process of completing a project?
This question is all about judging the candidate’s character. If you’re going to hire someone you want them to have a strong moral compass, because any unprincipled decisions they make will reflect badly on you.

You’re looking someone whose morals line up with those of your company. Whatever problem they faced, you’re hoping they responded with honesty and empathy.

No one’s going to admit to unethical behavior during a job interview, but they might mention having ignored a teammate behaving badly or having passed the responsibility for dealing with it on to someone else.

10. What is the most challenging project you’ve managed? What was challenging about it and how did you get through it?
The purpose of this question is twofold. One, it should inform you on what the candidate struggles with. Two, it shows you how they deal with adversity. These are important things to know, both to help you decide on an applicant and to put that person in position to succeed.

Ideally your candidate would relish the challenge and what every project to push them to learn more and improve their management skills.

If the most challenging project they have sounds run of the mill, then you’d better be certain they can rise to that challenge on a consistent basis.

Basically, the more unexpected the better. You want them to have ideas that you never would have thought of. Extra points if their example is something you can immediately implement to improve the operations of you company.

If their so-called ‘creative’ solution is something you could have thought of yourself, or even worse just the traditional way to deal with the situation, then what value are they really adding?

12. What tech stack are you comfortable with?
Unlike the rest of these questions, this one is not behavioral, which is why it works well at the end of an interview as things are wrapping up. But it does help you estimate how much training on your systems before they can begin positively contributing to your company. This could be an important factor for you depending on the situation.

You’d prefer a new hire to be an expert in the software your company uses, but any familiarity with it or similar programs should be counted as a plus.

It’s also a positive sign if they have knowledge about a wide range of different project management solutions, as that shows they comfortable with technology in general.

This all depends on how much time you can spend training the new hire on how to use the software. But if someone doesn’t seem to know much about any specific project management solutions, that’s a bad sign.

Thanks For Coming In. We’ll Be In Touch Soon.
Have you ever had to hire a project manager before?
What sort of questions do you use in an interview? 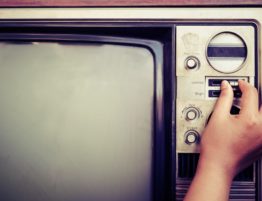 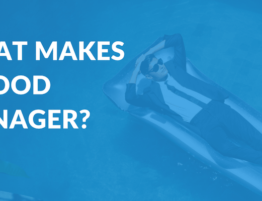 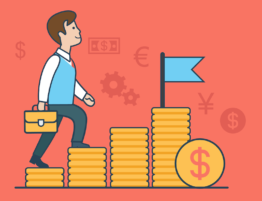 Working from home meant we could vary snack and coffee breaks, change our desks or…